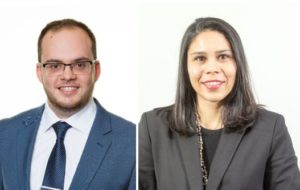 South Africa has a sophisticated banking system that aims to ensure economic stability, consumer protection and institutional safety. Numerous new laws are in the process of being implemented that will address how the financial system is regulated in future.  The South African financial regulatory structure is currently regarded as being “fragmented” because various pieces of legislation operate in tandem, sometimes in harmony and sometimes not, in order to regulate the banking sector of South Africa.

The Financial Service Board (FSB), until its repeal, supervised financial institutions other than banks, while banks and mutual banks fell under the supervision of the Registrar of Banks as part of the South African Reserve Bank (SARB). Additionally, the National Credit Act is responsible for regulating the provision of credit to individuals within South Africa.

Since the implementation of the Financial Sector Regulation Act (FSRA), which was signed into law on 21 August 2017, this framework has begun to change. Different sections  of the FSRA will come into force on different dates, and will essentially commence the implementation of the so-called “Twin Peaks” model of financial sector regulation for South Africa, thus aiming to de-fragment and consolidate legislation in the sector.

The Twin Peaks model of financial regulation seeks to promote and maintain financial stability as its core objective. Two regulators have been established in terms of the FSRA namely, the Prudential Authority (housed within the SARB) and the Financial Sector Conduct Authority (FSCA), which replaced the FSB. The Prudential Authority is tasked with overseeing the system-wide safety and soundness of financial institutions and the FSCA is  tasked with overseeing system-wide efficiency and integrity of financial markets, whilst affording greater financial consumer protection. Additionally, the FSRA empowers these new regulators to issue new standards under industry-specific legislation until the Conduct of Financial Institutions Act is enacted, which is expected to be during the course of 2019. The mandates of the Prudential Authority and the FSCA are much broader than those of their predecessors, which will  benefit a sector that has recently been the subject of much attention, particularly after allegations of misappropriation in the VBS Mutual Bank saga.

In addition to the implementation of the FSRA and the shift of financial regulation to the Twin Peaks model, the other key area of legislative focus for the banking industry is the ongoing compliance with Basel III. Basel III framework compliance is in progress and transitional arrangements have been made to afford banks sufficient time meet the higher standards set out in Basel III.

Further, to demonstrate the extent of the fragmented nature of the banking sector, there are numerous other key pieces of legislation that are applicable to banks in South Africa, including but not limited to:

There are also a number of amendments to industry-specific financial sector legislation, which have either been enacted or proposed to assist with the establishment and transition of the two new regulators. These include:

Although fintech is yet to be properly regulated in South Africa,  the SARB has recently established the Fintech Programme, designed to assess the emergence of fintech in a structured and organised manner, in order to determine its regulatory implications. The main focus of the programme is to analyse fintech developments to assist policymakers in creating the necessary framework in response to emerging innovations. Currently, however,  there remains a lacuna on the treatment of fintech before the law in South Africa

The new laws, once implemented, will allow the regulation of South Africa’s banking sector to be on par with the best in the world. The new legislation seeks to ensure the integrity, safety and soundness of the South African financial system. It is expected that 2019 will be the year that sees the defragmentation of various pieces of legislation governing the highly technical and complex banking sector in South Africa.

Draft FSRA Joint Standard 1* of 2019 on margin requirements for...