Home Regulation and Ethics Considering the ownership element of the Draft Broad-Based Socio-Economic Empowerment Charter for... 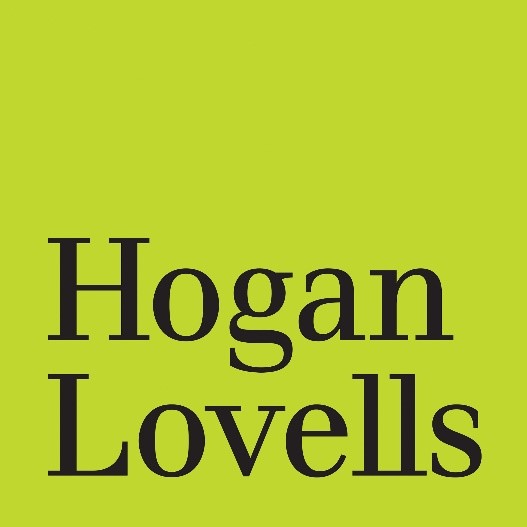 The long-awaited draft Broad-Based Socio-Economic Empowerment Charter for the Mining and Minerals Industry, 2018 was published on Friday, 15 June 2018, following ongoing engagement with a broad range of stakeholders, including the Minerals Council of South Africa (previously the Chamber of Mines).

While the draft remains subject to a consultation process, it is worth considering the proposed ownership provisions of the draft – as compared against the widely-criticised Reviewed Broad-Based Black Economic Empowerment Charter for the South African Mining and Minerals Industry on 15 June 2017 (Mining Charter 2017) – and grappling with some of the issues that remain.

In respect of existing mining rights, a fundamental concession that has been incorporated into the draft charter is the “once empowered, always empowered” principle – subject to certain conditions. This principle means that mining companies can claim recognition for previous black economic empowerment (BEE) transactions, even where the BEE shareholders have subsequently exited their investment. The draft recognises that existing mining right holders who achieved and maintained a minimum of 26% BEE shareholding at the date of publication of the draft mining charter are recognised as compliant, even where the BEE shareholders involved have since sold their interests or shares. Historical transactions concluded on units of production and share assets are also recognised for this purpose. This right is not transferable and lapses on transfer of the mining right. This is a significant concession – but one that is not surprising in the context of the previous court actions brought by the Minerals Council of South Africa.

Similar to Mining Charter 2017, Draft Mining Charter 2018 requires mining companies to “top up” (the current or previous) BEE shareholding to a minimum of 30%. However, this can be achieved within five years rather than within the 12-month period contemplated by Mining Charter 2017. Even pending mining right applications will be processed based on a proposed 26% Black shareholding, so long as these are topped up to a minimum of 30% within five years. The retention of the top-up provision is not unexpected, but it does make inroads into the principle of legal certainty, which is required by investors.

In contrast to the “concessions” to industry set out above, the current draft charter has introduced an important new requirement for the granting of new mining rights, being the right of “free carry” for a percentage of shares held by communities and employees. The Mining Charter 2017 required that applicants for new mining rights had BEE ownership consisting of a specified percentage of employees, communities and “BEE entrepreneurs” (being companies that are 51% Black owned).

As expected, the current draft charter has retained the requirement for this BEE shareholding composition for new mining rights as follows:

The prescription of the required composition of BEE shareholding is problematic in the first instance and goes significantly further than any other industry charter in this regard. The setting up of community and employee share schemes require complex transactions that need to be considered carefully from tax, legal, commercial and “political” perspectives – this has timing and cost implications. The minimum “10% free carry” is bound to be of concern to investors, given that these shareholders will not be required to fund their equity. The “free carry” concept has been introduced to ensure that employees and host communities are able to extract value from their shares, without the burden of long-term debt, which was traditionally serviced by dividends from the mining companies, meaning that these holdings were often “under water” and offered no economic benefit for holders. Of course, several mining companies have recognised this already and have been issuing “free” equity to employees (in terms of employee share schemes) as well as communities. But the enforcement of a “free carry” on new mining rights will discourage investment in new projects in an industry that is already battling to survive.

In addition, employees and host community shareholders must have representation on the board or advisory committee of the mining right holder. This makes sense, given that these groups are important stakeholders and will be significant shareholders, but history has shown that this requirement may become fraught with political issues. As we have seen in previous mining transactions, even the initial identification of the rightful host community/ies, is a fertile ground for dispute.

How these requirements would be achieved does not seem to have been properly considered. The draft mining charter provides that a new mining right must have a minimum of 30% Black shareholding and that this applies for the duration of the right. However, in another later provision, it suggests that the introduction of employee and community shareholders may be done on an incremental basis over five years (thereby deferring the “free carry” requirement and the board/advisory committee representation right). This appears to suggest that a new mining right can be issued on the basis of an initial 14% BEE entrepreneur interest only. It may be the intention that a new mining right will be granted where 30% Black ownership is achieved (however this is composed) and holders then have five years within which to restructure such ownership to achieve the employee and community participation proportions.

If so, the commercial feasibility of this (particularly considering the cost of such a restructure) would need to be considered in each instance. Certainly, if the initial BEE shareholder is to relinquish equity to ensure that the communities and employees receive their required proportions, such shareholder would probably seek compensation for its dilution.

It is also worth mentioning that the new charter’s requirement for community trusts is in sharp contrast to the current regulatory environment enforced by the DTI through its BEE Commission. Recent experience with the BEE Commission has shown it is becoming increasingly difficult to recognise community trusts as legitimate BEE ownership vehicles. In its efforts to prevent fronting, the BEE Commission is particularly concerned with schemes that place restrictions on how beneficiaries should use the money they receive – a feature of many community trusts that are drafted for specific purposes, such as community upliftment and education. The same concerns arise in respect of employee trusts, which are typically used as a vehicle for employee shares (rather than having the shares held by the particular employee personally, which is problematic and administratively cumbersome). This seemingly contradictory approach of the DTI and the DMR in respect to such trusts in the mining sector is a matter that requires urgent resolution.

The new draft charter requires the holder of a mining right to pay a trickle dividend equal to a minimum of 1% of earnings before interest, taxes, depreciation and amortisation (EBITDA) from the sixth year of a mining right to qualifying employees and host communities until dividends are declared. This is a “watered down” version of the mandatory payment to pay 1% of turnover to all Black shareholders in any year contemplated in Mining Charter 2017, but could still be problematic, and would need to be subject to the solvency and liquidity requirements of the Companies Act 71 of 2008, which apply when a company wishes to declare a dividend.

Furthermore, this would require a separate class of share to be issued to the employees and the host communities, over and above the normal shares, as it is a principle of company law that all shareholders must be treated equally. It is also unclear what is meant by “until dividends are declared”. If a company declares a dividend that is less than the value of the 1% of EBITDA in the hands of employees and host communities, is there an obligation to top up to 1% of EBITDA? If a company declares a dividend one year, but not the next, is the obligation to pay the 1% payment triggered again? It does not appear that the ramifications have been properly analysed by the policy makers.

It is not clear if by “vesting” it is required that the net value requirement be met and the vested portion owned by the BEE entrepreneur must be free of debt? Again, this must be examined and interrogated in further detail.

In terms of offsets to ownership, the new draft charter recognises equity equivalents in lieu of Black shareholding, up to a maximum of 11 percentage points. Equity equivalents may only be claimed against BEE entrepreneur’s shareholding (not against the shares held by employees and host communities) and is designed to encourage local beneficiation. This development is to be lauded, although the DMR will need to ensure that such project proposals can be processed expeditiously, as the equity equivalent programme under the DTI BEE Codes has proved to be expensive and time-consuming.

Ultimately, the new draft charter has attempted to make some positive strides as compared against the previous draft published. However, we are of the view that it cannot be implemented in its current format and ongoing engagement and discussion are required between the DMR and stakeholders.