Home Regulation and Ethics Overhaul of financial provision regime takes a step in the direction of... 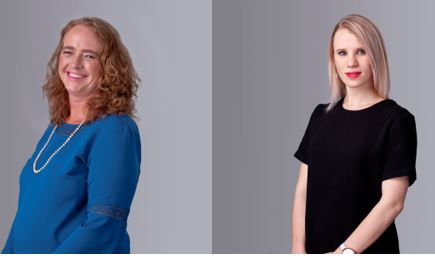 The publication of the Financial Provision Regulations for Prospecting, Exploration, Mining or Production Operations by the Minister of Environmental Affairs on 20 November 2015 (2015 Regulations) was met with significant resistance, with the Chamber of Mines noting that it would have a “crippling effect” on the mining sector.

The mining sector had to grapple with the near insurmountable task of having to, within a relatively short transitional period, comply with unnecessarily onerous regulations riddled with legislative uncertainties and a myriad of contradictions.

Despite the additional breathing space and attempts by the Department of Mineral Resources to offer some clarification, be it by engaging directly with the industry or through publication of “explanatory” notes, the 2015 Regulations continued to be widely critiqued for their regulatory uncertainties and absurdities.

Inevitably, following two years of regulatory uncertainty, an overhaul of the financial provision regime for the mineral and petroleum sectors has finally been proposed with the publication of a new set of Proposed Regulations pertaining to the Financial Provision for Prospecting, Exploration, Mining or Production Operations by the Environmental Minister on 10 November 2017 (2017 Proposed Regulations).

Some of the criticism levelled against the financial provision framework has been considered, as various nuances seem to have been addressed in the 2017 Proposed Regulations, particularly:

The limitation on using trust funds for Future Rehabilitation and misalignment with the Income Tax Act, No 58 of 1962 (ITA)

The current provisions under the 2015 Regulations are severely problematic. Funds currently held in existing trusts established under s37A of the ITA (s37A Trust) could not be withdrawn from a s37A Trust to secure an alternative financial vehicle for Annual or Closure Rehabilitation, as this would have constituted a contravention of s37A(1)(a) of the ITA. This is because the ITA only allows such withdrawal for purposes of direct expenses relating to rehabilitation upon premature closure, decommissioning or closure (that is, actual rehabilitation). Contravention of this section could result in SARS including an amount equal to twice the market value of funds held in the s37A Trust as a taxable income penalty. This was aggravated by subsequent draft amendments to the ITA proposing an even more stringent penalty for withdrawal of funds for purposes other than actual rehabilitation. The limitation also precluded mineral rights holders from the tax benefits of using a s37A Trust for Closure Rehabilitation. Thankfully, no restrictions on the use of rehabilitation trust funds have been included in the 2017 Proposed Regulations.

The care and maintenance provisions have been removed

Although the above changes do add a much-needed level of certainty to the financial provision regime, the 2017 Proposed Regulation still place an administrative and financial burden on the mining industry. When the 2015 Regulations were promulgated, they were critiqued for putting too much strain on the sector due to stringent requirements relating to the costs of post-closure pumping, and treatment of polluted and extraneous water during Future Rehabilitation – something that was not required under the MPRDA. Despite this being estimated to double rehabilitation liability, these provisions do not appear to have been relaxed.

The 2017 Proposed Regulations also introduced various new noteworthy changes, some of which include:

The above provisions are by no means final but the complete proposed overhaul does provide some comfort to an industry fraught with regulatory challenges and uncertainties.

Finalisation of the 2017 Proposed Regulations must be prioritised, as existing holders are presently still required to comply with the 2015 Regulations by February 2019.

The mining sector needs to be able to ensure the legality of their operations, as compliance is essential to successfully apply for and retain mineral rights. Although technical and practical difficulties are bound to creep in, the 2017 Proposed Regulations are a definite step away from the disarray of the 2015 Regulations. It is likely that the burden of the costs for Future Rehabilitation will, however, remain contentious.